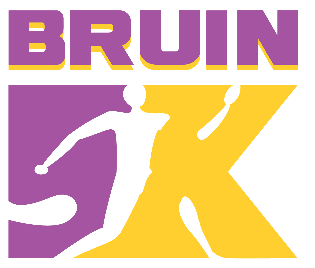 LBABC is a non-profit organization with the goal of supporting and creating interest in Lake Braddock High School's athletic program. All Lake Braddock athletic teams receive support from the boosters. Go Bruins!

Registration fee: $30
All pre-registered participants will receive a t-shirt and race bib.

On-line registration will close on Thursday, March 17 at 8:00 pm. Late registrations will be accepted during packet pick up on Friday and on race day.

Awards will be given to the top 3 male and female age group finishers in ten -year increments from 18 & Under through 60 and over.
Registration for 2022 Lake Braddock Athletic Booster Club 5K is currently closed.